Jonas Frederik is a composer of film- and concert music. Find some examples of his recent work below. 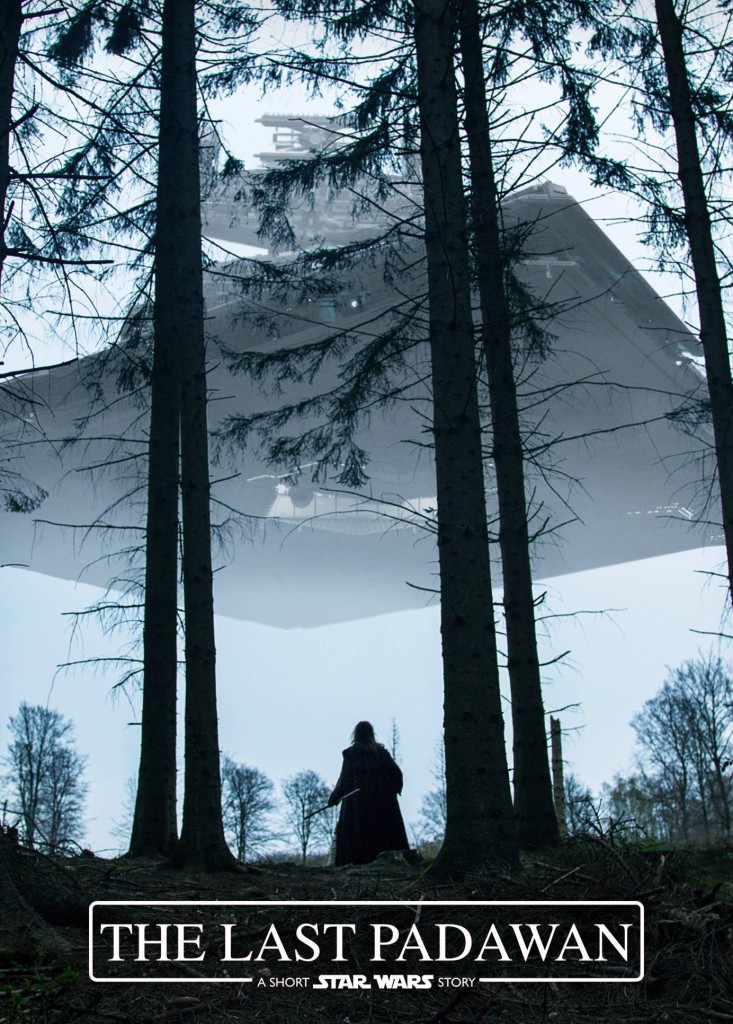 It is a dark time in the galaxy. Four years have passed since the fall of the Republic and the Jedi Order. The evil EMPIRE now rules the galaxy. A Jedi Padawan is on the run. Following his Jedi Master’s last request he has sworn an oath to find the Jedi Order’s reserve of Kyber Crystals, the key component to creating the sacred fabled weapon of a Jedi Knight. The Padawan has made it to Dantooine, where the crystals are hidden. But he is all alone, without a weapon, and everywhere the dark shadow of the Empire lurks…

“To work with Jonas Frederik was an absolute pleasure. We were trying to create a special “feel” in our Star Wars fan film and I could not have wished for a more competent composer. With enormous talent and ambition, Jonas Frederik created something really special! I will always look on this collaboration with great joy and pride.”
Jesper Tønnes
Film Director

Adam is irresistibly drawn to an unknown woman. It is as if they have known each other all of their lives. Everything around him feels different, everybody acts differently. He slowly begins to distance himself from his family, and is drawn more and more towards the woman, while the world around him begins to crumble.

The score, especially in the beginning, contains mostly sound design elements and electronic instruments. As the film progresses the music evolves and becomes more and more orchestral.

“Jonas Frederik has a wide range of musical talents, is always very willing to have a good collaboration and he always puts the story first. He is able to work classically and contrapuntally in regards to the film with equally strong conviction and is never afraid of breaking new ground with his music. Just as talented a musician, as easy is he to work with. It’s been a pleasure to have worked with Jonas Frederik on several projects. “
Ulaa Salim
Film Director

Plot
Timmo was once a recognized and uncompromising reportage photographer. Tucked behind long telephoto lenses he now makes a living catching celebrities in embarrassing situations. His latest victim – a young female star – is just as lonely as himself, and slowly a fragile relationship develops between them. But sooner or later Timmo must decide whether he wants to document others’ misfortune or put himself at risk.

“Jonas Frederik delivered an accomplished and original score for Paparazzi, which perfectly caught the film’s tone and stressed all the important points. At the same time, he brought his own personal style to the project and added that extra dimension which a perfect soundtrack can and should add to a film.”
Jonas Kvist Jensen
Film director 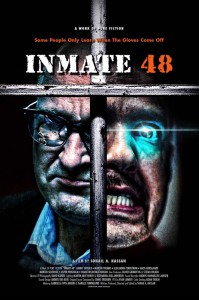 2014
Sci-fi/Thriller
Directed by Sohail A. Hassan

Plot
The story which is in the style of the classic Twilight Zone and Amazing Stories revolves about a violent inmate who is once again placed in isolation. When the warden warns him of the consequences, he is completely unaffected and claims the prison bars can’t hold him anymore. He threatens to kill the warden. Thinking that the inmate is delusional, the warden prepares to have him sent of to the insane asylum. But the prison psychiatrist finds nothing wrong with the inmate and he suddenly starts to behave himself. The warden finds this new self assurance and calmness unsettling. He knows that this inmate up to something and is determined to stop him. But first he has to find out what it is.

This modern score combines orchestral and synths which blends seamlessly together to capture the sense of both danger and wonder.

“I have had the honour of working with the talented composer Jonas Frederik on my latest film to which he has provided the score. I was really impressed by his previous work which amazingly sounded like an entire symphony orchestra but more importantly, it was completely in tune with the spirit of the movie and showed that Jonas Frederik has the rare gift of being able to provide the soul of the movie. I will most definitely be working with Jonas Frederik again.”
Sohail A. Hassan
Film director and producer 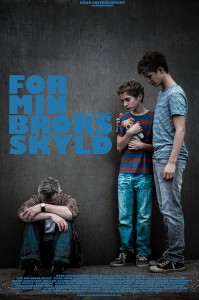 Plot
The two brothers Aske and Bastian live with their father, Lasse. Their mother died seven years earlier. Everyday they live in a world where fear, violence and alcohol are huge factors, but where the brothers’ strong and close relationship means everything. Aske’s fight for survival means that he has to participate in his fathers sexual needs, which includes the father, the father’s brother Hans and paying customers abusing him. Aske tries everything to keep his little brother out of it all, but one day Bastian is abused by their father and Aske’s entire world falls apart. The brothers choose to move to Norway, far away in the beautiful mountains. Their friendship outshines everything! They are together and far away from their evil father. Yet one morning everything is turned upside down and suddenly their fate from home is brought to Norway, which has fatal consequences for both brothers.

The intimate orchestral score by Jonas Frederik has a strong emotional impact and underlines the feelings of sadness and friendship between brothers.

“As the composer on my drama feature “For My Brother”, Jonas Frederik has accomplished to create some entirely fantastic and beautiful music that I am extremely happy and satisfied with. Throughout the year we have been working on the music he has shown a great deal of interest and involvement the entire way through. He listened to my ideas but also had his own which he managed to combine in his compositions. With his music he has managed to create grand, beautiful, emotional, action and dramatic cues and they all fit the film perfectly. I could certainly not have found a better composer for this production and thank him from the bottom of my heart for his willingness to join the crew.”
Brian Bang
Film director and producer 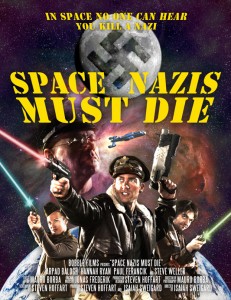 The year is 1943, it’s been two years now since the Nazi party of Germany sent an attack force to the moon, and claimed it as their own. Allied force have finally completed the preparations for a counter-attack, building their own space transport and specially handpicked attack force.
While this team may be formidable, they must learn to work together to hope and defeat the evil Nazi commander of the moon base, “Dr. Himmenstickle”. The team will face hardship and peril on this cosmic space journey but they must never forget…
SPACE NAZIS MUST DIE

This first episode in what is soon to become a new webseries features a full-on orchestral score by Jonas Frederik in the grand old tradition.

“When going into Post Production on Space Nazis Must Die, we ran into something of a problem; we needed music. It was a long and arduous process, until we contacted Jonas Frederik. Immediately he got the concept of the film and set about creating a fantastic soundtrack that harkened back to the Science Fiction films of my youth. The process was seamless and very fast, we got a completed score within 2 weeks and it was stellar!”
Isaiah Sweigard
Film director

Scroll back to top